As mentioned in the previous pānui the Mana Rangatahi initiative was a finalist at the Te Reo Māori Awards in the youth section. A small representative rōpū of Mana Rangatahi graduates attended this auspicious occasion. The other finalists were national youth initiatives including the winner Māori television programme, Paia.

Kiley Nepia said the awards provided a great opportunity for our Iwi to be acknowledged. He also said it was fantastic for our rangatahi to be in the same room as Māoridom’s reo champions and for them to start to develop relationships with them.

A highlight for some of the rangatahi was having a selfie with reo rock stars like Stacey Daniels,  Matai Smith and Macey Rika.

Te Karere and the National Radio did a story on this kaupapa. 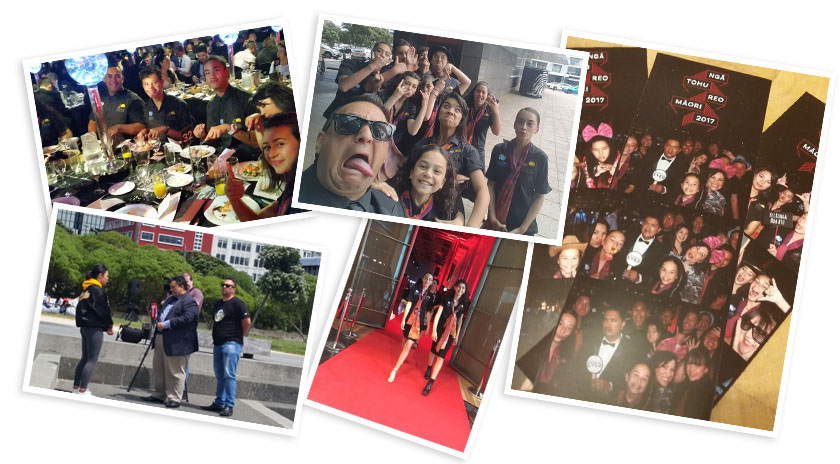 It is now confirmed that the next Mana Rangatahi will journey throughout the Marlborough Sounds out to Titirangi just over from the bay of Anamāhanga. A pānui will be sent out soon and we encourage whānau to fill in a registration form and return to the office ASAP. We would also like to encourage new rangatahi to attend the wānanga. We know it can be a bit scary going to your first one but once you are there you will have so much fun.