The Kurahaupō iwi combined to deliver a wānanga at Omaka Marae recently. The kaupapa of the wānanga was to strengthen the collective paepae of Kurahaupō.

The wānanga provided a forum for our kaikōrero and kaikaranga practitioners, who maintain the mauri of our paepae, to come together to share and learn. It was also an opportunity for the practitioners to discuss Kurahaupō tikanga, whakatauki, tauparara and waiata tautoko.

Dates and venue for the next wānanga are currently being confirmed.

We held a second successful Mana Rangatahi Wānanga from the 11th - 17th July at Omaka Marae. The kaupapa of the 6 day journey was to explore the depth and meaning of the Marlborough Sounds in relation to our iwi, and to provide an opportunity for our rangatahi to rediscover themselves as they retrace the footsteps of their tūpuna.

On day 2 the rōpū began its journey into the Marlborough Sounds, the first stop was at Outward Bound in Anakiwa. Rangatahi (and the kaiako) participated in a personal development and team building exercise, where they had to climb a very high rock wall, definitely out of the comfort zone for many. The aim of the exercise was to demonstrate that as future leaders they will have to overcome barriers and fears, and continually put themselves on the edge.

Over the following few days the rōpū visited a number of wāhi tapu learning about Ngāti Apa ki te Rā Tō tūpuna and pūrākau, in particular stories about Kupe and Te Wheke a Muturangi. The rōpū experienced a number of tohu (good omens) such as encounters with Kereru, Shags and dolphins.

Many rangatahi reflected that they feel they now have a spiritual connection to the whenua.

Highlights for the group included visiting Anamāhanga, Te Ope a Kupe which is a mauri stone that has the footprints of Kupe in it. Seeing one of our sacred maunga, Puhi Kereru and visiting Meretoto which is where Ngāti Apa ki te Rā Tō tūpuna were when Captain Cook arrived in the Marlborough sounds.

Our rangatahi also learnt about the significance of tipare kawakawa (headpiece made out of kawakawa) and performed a ceremony with karakia and karanga where they offered the tīpare kawakawa in the sea by Te Ope a Kupe and at the pouwhenua of Kupe at Meretoto.

On the last day the rangatahi welcomed their whānau onto Omaka Marae and gave a presentation of everything they had learnt and experienced over the 6 days including a taiaha demonstration. To conclude they performed a haka which talks about the connection Ngāti Apa ki te Rā Tō has with this area.

Many whānau members commented on the positive transformation that they could see had occurred in our rangatahi.

The next Mana Rangatahi Wānanga is scheduled for the School holidays in February 2016. 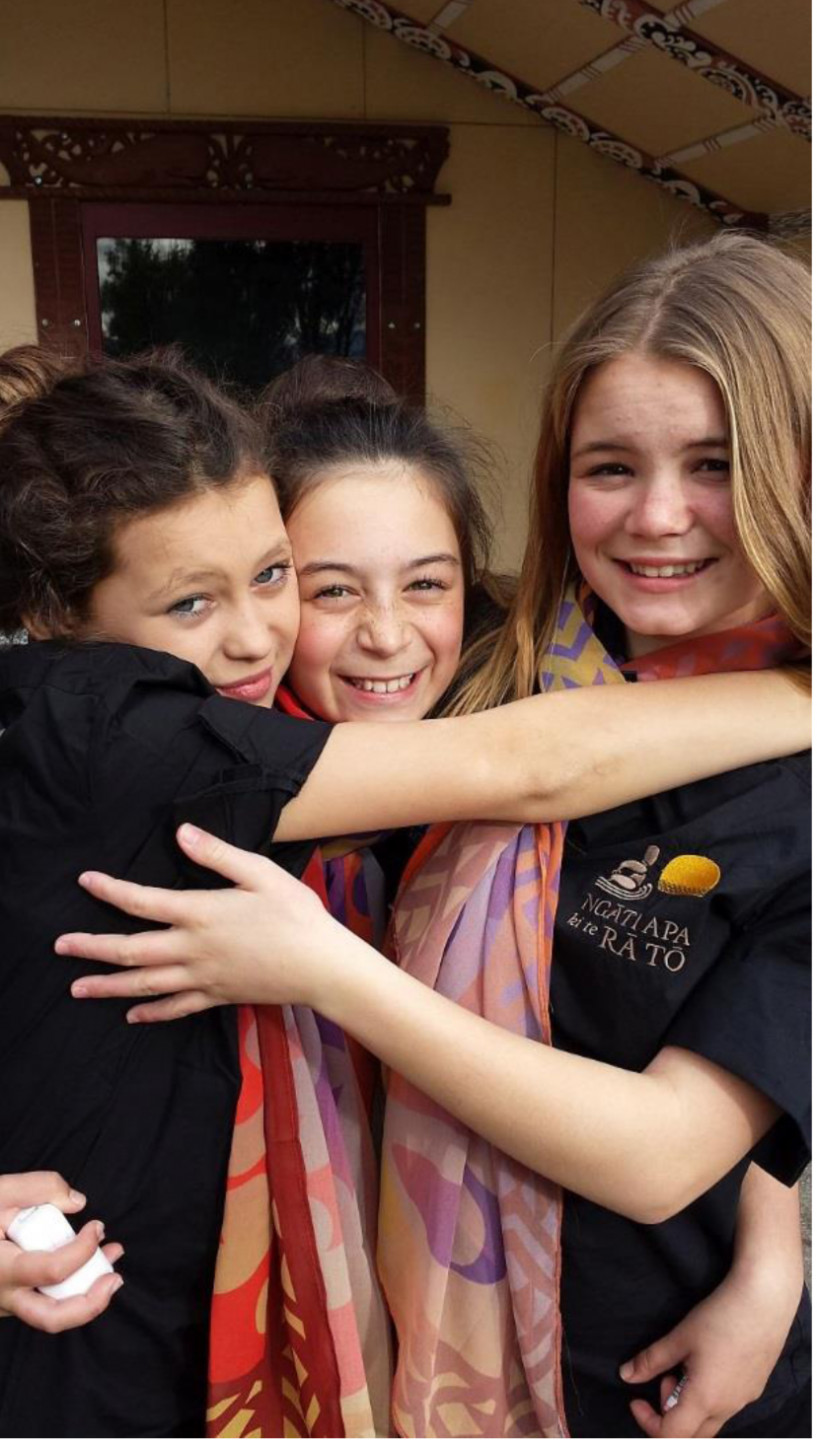 I just wanted to thank everyone for an amazing time at the Mana Rangatahi Wānanga. Missing yous already. I'm so grateful to have had this opportunity to meet new cousins and learn more about my tūpuna. There was one quote that I got out of this that will stick with me for a long time and that is "Tu whitia te hopo"~Feel the fear and do it anyway.

It’s been an amazing week with my Ngāti Apa ki te Rā Tō whānau learning about all our history and the journeys and travels of our ancestors, also a great opportunity to connect to my Ngāti Apatanga!! I’ve loved all the laughs and cries with everyone and I’ll miss you all!! Can’t wait till the next wānanga. Nō reira tēnei te mihi atu ki a koutou ngā rangatahi o Ngāti Apa ki te Rā Tō, ki a koutou hoki ngā pouako o te wananga, nā koutou i manaaki, i tiaki i "whangai" i a mātou!! ki a Toro Marg, te ringa raupa o te wiki!! ki a Mama D rātou ko Papa K, ko Papa B!