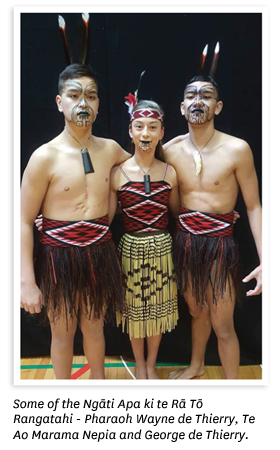 Having this performed in front of a huge crowd of was a precious moment for our iwi, and signalled the strengthening roots of our cultural capacity and cultural profile.

Ngā mihi to head tutors Wayne Hippolite and Janis de Thierry, and the many others who have given their time and knowledge so that our Rangatahi can learn and feel the power of Māori performing arts.